Random Tendou
Hi everyone ^_^ The forum's brand new so why not go ahead and post in our (lovely) forums!

Who Do you think will Win The Console Wars

Ah The Console wars, before it was PS2 vs. GameCube Vs. XBox...
Now there is another console war going on, with the same three titans of the gaming industry!
Sony(PS3) Vs. Nintendo(Wii) Vs. Microsoft(Xbox360)

Anyways, Here is alil info on each console (Brought to you by Wikipedia):
PS3:

A major feature that distinguishes the PlayStation 3 from its predecessors is its unified online gaming service, the PlayStation Network,[6] which contrasts with Sony's former policy of relying on game developers for online play.[7] Other major features of the console include its robust multimedia capabilities,[8] connectivity with the PlayStation Portable,[9] and its use of a high-definition optical disc format, Blu-ray Disc, as its primary storage medium.[10] The PS3 was also the first Blu-ray 2.0-compliant Blu-ray player on the market.[11]

Wikipedia wrote:The Wii ( ウィー ?) (pronounced as the English pronoun we, IPA: /wiː/) is a home video game console released by Nintendo. As a seventh-generation console, the Wii primarily competes with Microsoft's Xbox 360 and Sony's PlayStation 3. Nintendo states that its console targets a broader demographic than that of both.[6] As of December 31, 2008 the Wii leads the generation over the PlayStation 3 and Xbox 360 in worldwide sales.[7]

The Wii is Nintendo's fifth home console, the direct successor to the Nintendo GameCube, and able to play all official GameCube games. Nintendo first spoke of the console at the 2004 E3 press conference and later unveiled the system at the 2005 E3. Satoru Iwata revealed a prototype of the controller at the September 2005 Tokyo Game Show.[9] At E3 2006, the console won the first of several awards.[10] By December 8, 2006, it had completed its launch in four key markets.

A prominent feature of the Xbox 360 is its integrated Xbox Live service that allows players to compete online and download content such as arcade games, game demos, trailers, TV shows, and movies. Major features of the console include its Windows Media Center multimedia capabilities, mandatory support of high definition in all games, movie rentals and game downloads from its online marketplace and the ability to watch HD DVD movies with an add-on drive.

The Xbox 360 was officially unveiled on MTV on May 12, 2005, with detailed launch and game information divulged later that month at the Electronic Entertainment Expo (E3). The console sold out completely upon release in all regions except in Japan,[3][4][5] and, as of January 5, 2009, 28 million units have been sold worldwide, according to Microsoft.[1] The Xbox 360 is currently available in three configurations: the "Arcade", the "Premium", and the "Elite" console, each with its own selection of accessories.

Anyways, On my Opinion, the PS3 is the strongest console in the market right now, Dominating the Xbox and Wii in features and gaming (Graphics). yes, the Xbox360 has a large Gaming library, and the Wii has the motion sensor and large family friendly gaming Library.. But I think the PS3 will win again, just like the PS2 won the First one (I think...)


Anyways, I added a poll. So vote for who you think will win the Console wars!
And post why you think **** console will win. Give info, make a compelling argument for it! 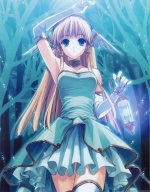 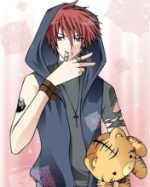